Less than 10 days before the introduction of MIUI 13, MIUI 13 font Mi Sans has been leaked! This is what MIUI 13 will look like

MIUI 12.5 Enhanced Beta 21.7.3 changed the name of Mi Lan Pro VF was to Mi Sans. However, there were no change in characters, only the name was changed. The font that was leaked today shows us the font of MIUI 13. Mi Sans font has finally leaked. Actually, there are 2 fonts that were leaked. Mi Protoype 210317 and Mi Sans. Mi Prototype is a bold version of Mi Sans font. 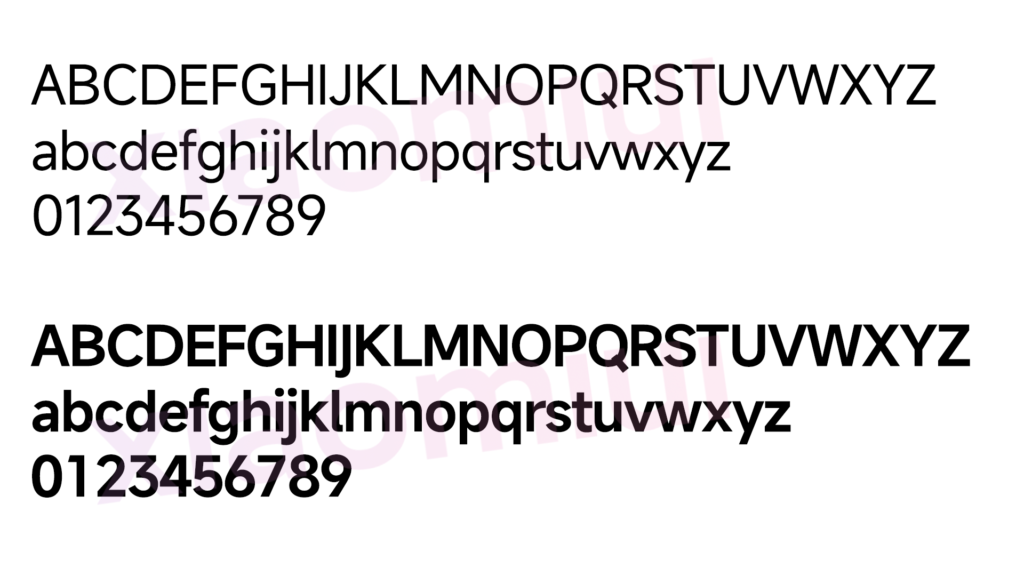 Mi Sans has a more modern, more oval character. Although it looks a bit like OnePlus Slate and Google Sans, but it does not stay away from MIUI’s design language.

This is the comparing of Mi Lan Pro VF, Mi Sans and Mi Prototype 210317 fonts. Mi Sans has more oval and softer lines than the old Mi Lan Pro VF. This makes the system look more up-to-date and more premium. This font, which will come with MIUI 13, adds a new one to the features that will be different from MIUI 12.

Mi Sans font contains a two special Xiaomi characters. In fact, one of these characters with the Xiaomi logo was also available in the Mi Lan Pro VF font. But it was old logo. New 2021 Xiaomi logo added in Mi Sans font.

These two special characters can be used as an alternative to the M character.

Here are the makers and copyrights of the MI Sans font. 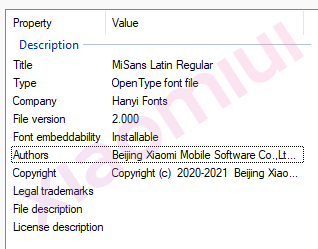 If you want to use Mi Sans font on your Xiaomi phone you can use the mtz theme. You can download the theme made by Krishan Kant, the owner of MIUITalks channel. If you don’t know how to install .MTZ themes you can find information about installing .mtz MIUI themes here.

MIUI 13 will be released in beta and stable versions on December 28.