We have already reported that Xiaomi is indeed working on an upcoming smartphone under the Xiaomi 12 series, namely Xiaomi 12 Lite. The device was previously spotted in IMEI Database and the Geekbench certification, giving us a hint about some of the specifications of the device. The same Xiaomi device has now been listed on the FCC certification, which confirms some details of the device.

Xiaomi 12 Lite 5G is listed on the FCC certification

The Xiaomi 12 Lite 5G will boot up on MIUI 13 based on Android 12 out of the box and will be equipped with support for up to 5.8GHz Wi-Fi, NFC, Bluetooth, and dual SIM. Apart from this, the FCC doesn’t tell anything about the device. The device is expected to be launched in late Q2 2022 in the global market. The Geekbench certification of the device confirmed that it will be powered by Qualcomm Snapdragon 778G 5G chipset. 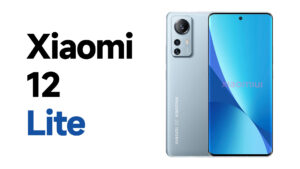 In terms of specifications, it is expected to borrow from both the Xiaomi 12 and the Xiaomi CIVI. It will have a 6.55-inch 3D curved OLED panel with a 1080*2400 resolution and a refresh rate of 120Hz, as well as AOD support. Goodix powers the in-display fingerprint reader. It could be powered by the Qualcomm Snapdragon 778G+ processor. The Xiaomi 12 Lite features three cameras. The primary camera will be a 64MP Samsung ISOCELL GW3. To supplement the primary camera, it also includes ultra-wide-angle and macro lenses.