Xiaomi has debuted a new feature for its currently-supported Earthquake Early Warning feature Indonesian MIUI devices, this time aimed towards saving lives before catastrophies happen. The Chinese tech giant is working with disaster prevention institutions to develop an early warning system for earthquakes. Xiaomi has announced its Earth Quake Earlywarning (EEW) feature for its Indonesian customers as a trial version. The EEW feature will be added to all MIUI 12, 12.5 and 13 features as a trial run for now, and as a full feature later this year, hopefully. 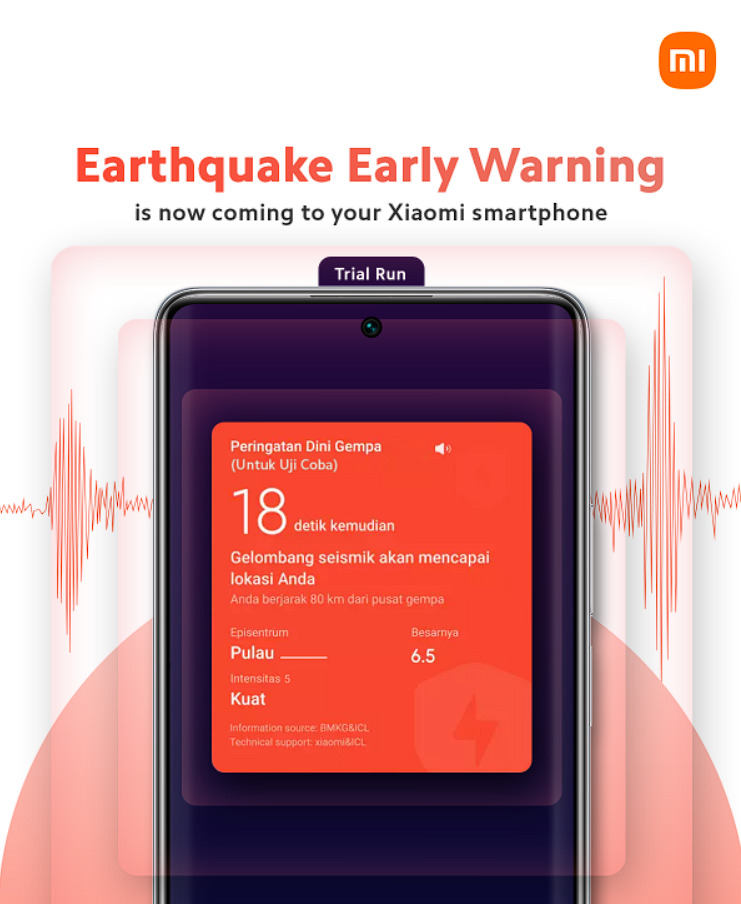 The EEW feature, when switched on, will provide useful notifications on seismic activity in Indonesia that could lead to earthquakes. The intensity and location of the activity will inform the users avoid or get away from the aforementioned earthquakes.

Earthquake early warning systems are designed to give people a few seconds to a minute of warning before an earthquake’s arrival. This can be the difference between life and death, or at the very least, minimize injuries caused by the earthquake. Xiaomi’s Earthquake Early Warning feature is based on the electric waves which travel way faster than the second waves. The EEW feature interfaces with the early warning system of the disaster prevention institutions. Synchronized information from the earthquake monitoring agency is then fed to enabled Xiaomi smartphones as notifications, and priority is given to areas where the earthquake is occurring for greater effectiveness. Earthquake Early Warning systems are not perfect, but they can be helpful in saving lives and minimizing injuries.

The notifications will display important information about the earthquake including the expected time of arrival and its magnitude. The phone will ring a warning tone when the early warning occurs and Xiaomi says users must familiarize themselves with this tone. Xiaomi is also expecting feedback from users who opt into the EEW feature in their compatible Xiaomi smartphones in Indonesia.

This feature will hopefully help Indonesian citizens escape from unfortunate events and prevent more lives being lost due to events like this.