Currently, there are dozens of apps that allow mirroring Android phones on PC, but only a handful of them are really good. From occasional jerks to high latency to intrusive ads; not to mention that Android screen mirroring on PC is one big nightmare.

Scrcpy is one of the best screen mirroring tools for Android. It allows you to mirror your Android phone on your PC and control it directly with PC peripherals like keyboard and mouse. Scrcpy supports seamless copy and paste between your phone and PC, works on both Macs and Windows PCs, and is also absolutely free.

However, it requires an understanding of how to use the ADB command line. If you are an advanced developer, you may already know Scrcpy, but if you are a beginner trying just to mirror his/her phone, this guide will enlighten you step by step and teach you how to use Scrcpy for Windows. 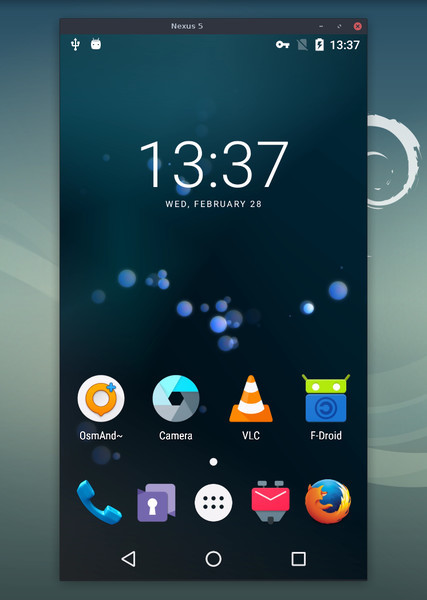 Some basic features of Scrcpy:

How to mirror Android screen to PC via USB? 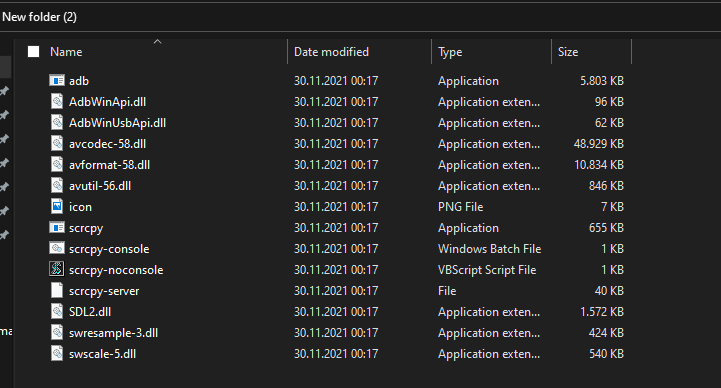 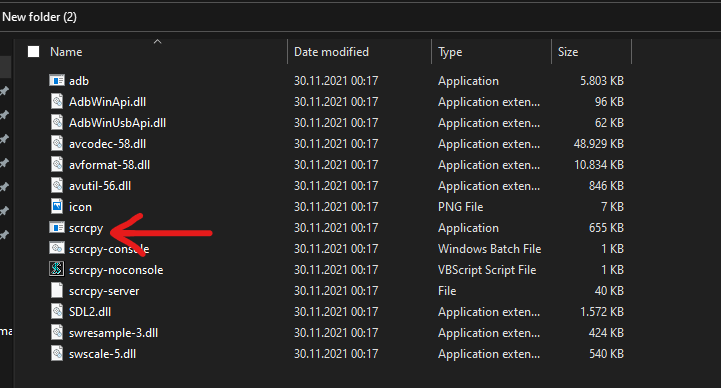 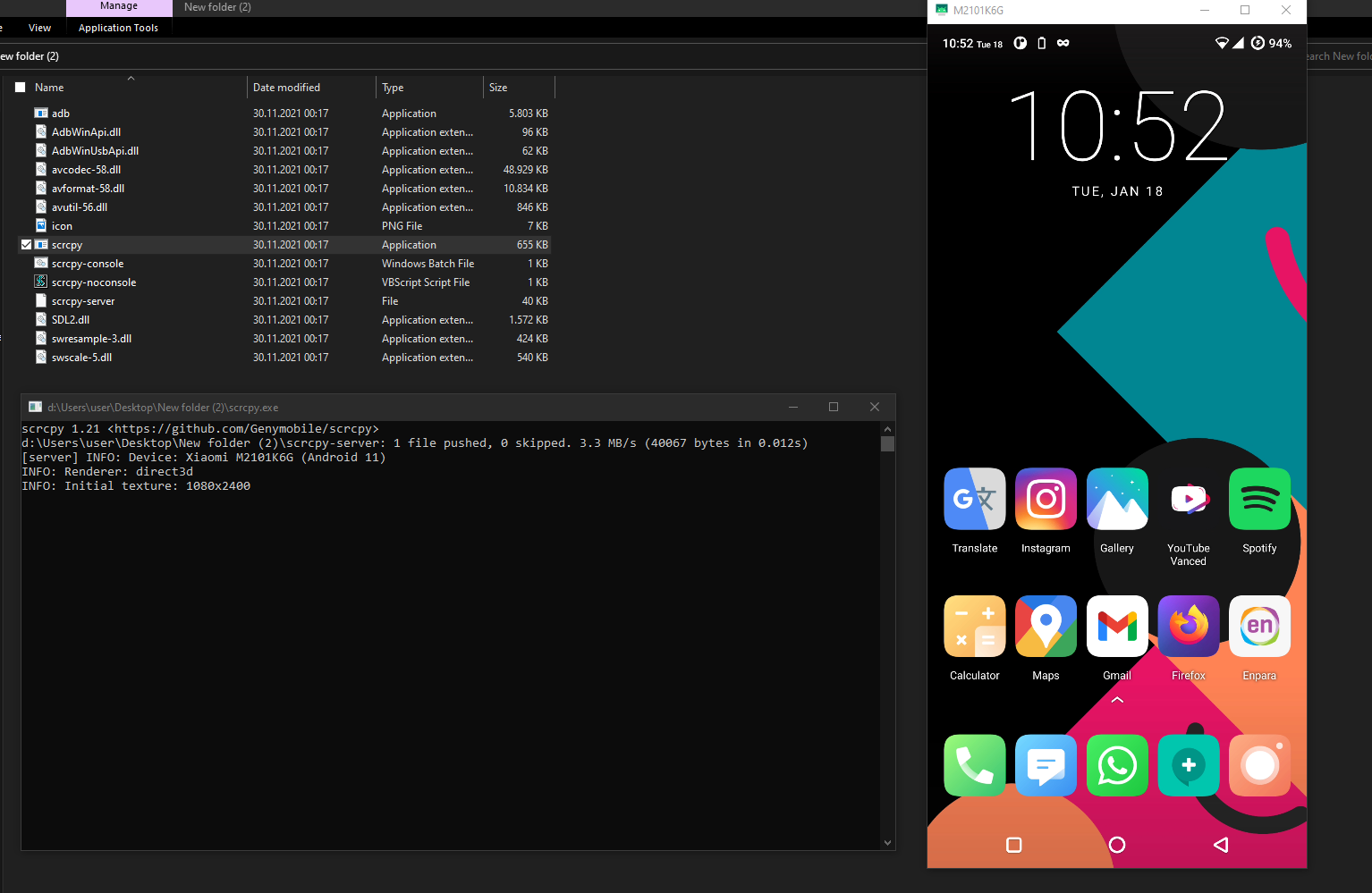 What you can do with Scrcpy? Also see Scrcpy’s Github Page

Sometimes, it is useful to mirror an Android device at a lower definition to increase performance.

The default bit-rate is 8 Mbps. To change the video bitrate (e.g. to 2 Mbps):

The capture frame rate can be limited:

This is officially supported since Android 10, but may work on earlier versions.

The device screen may be cropped to mirror only part of the screen.

This is useful for example to mirror only one eye of the Oculus Go:

If --max-size is also specified, resizing is applied after cropping.

To lock the orientation of the mirroring:

The window may also be rotated independently.

It is possible to record the screen while mirroring:

To disable mirroring while recording:

“Skipped frames” are recorded, even if they are not displayed in real time (for performance reasons). Frames are timestamped on the device, so packet delay variation does not impact the recorded file.

If several devices are listed in adb devices, you must specify the serial:

If the device is connected over TCP/IP:

You can start several instances of scrcpy for several devices.

By default, the window title is the device model. It can be changed:

The initial window position and size may be specified:

To keep the scrcpy window always on top:

The app may be started directly in fullscreen:

Fullscreen can then be toggled dynamically with MOD+f.

The window may be rotated:

To disable controls (everything which can interact with the device: input keys, mouse events, drag&drop files):

To prevent the device to sleep after some delay when the device is plugged in:

The initial state is restored when scrcpy is closed.

It is possible to turn the device screen off while mirroring on start with a command-line option:

For presentations, it may be useful to show physical touches (on the physical device).

Scrcpy provides an option to enable this feature on start and restore the initial value on exit:

Note that it only shows physical touches (with the finger on the device).

To install an APK, drag & drop an APK file (ending with .apk) to the scrcpy window.

There is no visual feedback, a log is printed to the console.

To push a file to /sdcard/Download/ on the device, drag & drop a (non-APK) file to the scrcpy window.

There is no visual feedback, a log is printed to the console.

The target directory can be changed on start:

To see all the shortcuts see this

Here you see all the instructions and helpful commands. Hope it is helpful.