Do you care about privacy, want yourself to be on a place where you feel private and comfortable? VPNVerse is here for this! Want to watch region blocked Netflix shows? Or you just want to bypass the sites that was blocked from your government for particular reasons or no reasons given at all? VPN’s are here to help you for that. But most of them use a premium subscription system or limited access system. Our own made VPN app, VPNVerse is here to help you to have the best VPN usage you’ve ever saw in your life.

But apart from telling VPNVerse’s phenomenal features, let’s talk about what VPN is, and in what purposes you should use VPN for.

What is a VPN?

A Virtual Private Network (VPN) is about extending a private network across a public network and enabling its’ users to send and receive data across shared/public networks as if their devices are directly connected to the private network. A VPN is being created by establishing a point-to-point connection. 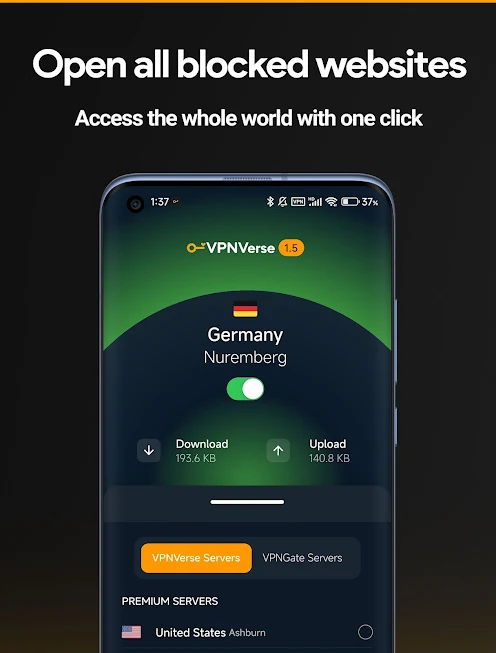 What are the benefits?

The benefits of a VPN include increases in functionality, security, and management of the private network. It provides access to resources that are inaccessible on the public network and is typically used for remote workers. Encryption is common, although not an inherent part of a VPN connection.

VPNVerse is an app that we made to give our users the fastest, most lightweight, most simple VPN usage you’ll ever get.Most of the VPN apps nowadays have a premium subscription system, slow servers, and mostly they are untrustable, you don’t know if they sell your data to the higher up corporations, we don’t do that here. There is also no need to log in with your accounts, we keep our app simple, one click connection type. 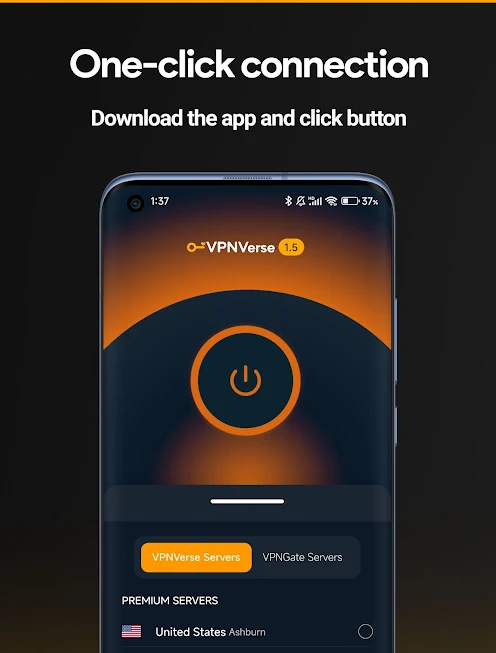 VPNVerse’s UI is so simple, you can easily click the power on button we put in the middle to connect in the optimal server based on your region.

VPN Verse servers are our specially selected premium servers for giving our users the best and the fastest VPN experience on hand. Our own servers has 1Gbps download/upload bandwidth limit. which gives the fastest VPN connections you can ever find.

VPNGate servers are our free servers that only got 3MBPS download/upload bandwith limit, those servers are not necessary to use, in fact, you can use our VPNVerse servers for the 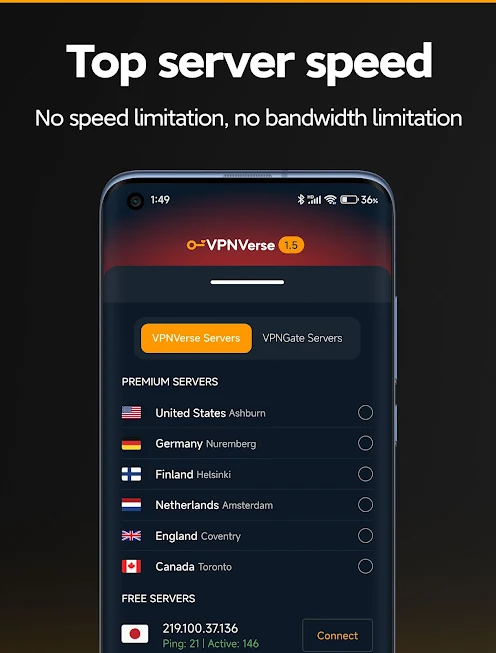 This is how you can use a VPN, and VPNVerse is the best way to use it on your Android and iPhone devices, if you care about your privacy, bypassing government blocked websites, watching blocked Netflix shows and hiding your IP adress. 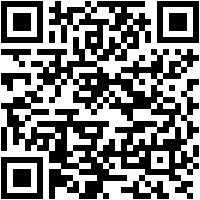